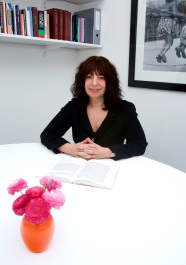 The presentation will summarise the findings of an in-depth longitudinal study of parenting and child development in families created by surrogacy in the United Kingdom. The study began in 2000 and the families have been visited at home on 6 occasions from infancy to adolescence when the children were aged 1, 2, 3, 7, 10 and 14 years. Forty-two surrogacy families were recruited to the study and compared with 51 egg donation families, 50 donor insemination families and 80 natural conception families. Data on parent-child relationships and children’s psychological wellbeing were obtained from mothers, fathers, children and teachers using standardized interviews, questionnaires and observational assessments of parent-child interaction. In addition, the parents were interviewed about their experiences of, and feelings about, surrogacy as well as their relationship with the surrogate as the child grew up. The children themselves were interviewed about their feelings towards their surrogate and about being born through surrogacy. Findings will also be reported from a parallel study of surrogates 10 years after their involvement in a surrogacy arrangement. Finally, the findings from an in-depth study of parenting and child development in 40 gay father families formed through surrogacy will be discussed.

Susan Golombok took her first degree in Psychology at the University of Glasgow, a Masters’ degree in Child Development at the Institute of Education and a PhD at the Institute of Psychiatry.  Following 10 years at the Institute of Psychiatry, she moved to City University, London, where she founded the Family and Child Psychology Research Centre. Susan is currently Professor of Family Research and Director of the Centre for Family Research at the University of Cambridge, and a Professorial Fellow at Newnham College, Cambridge. Her research has not only contributed to theoretical understanding of family influences on child development but also has addressed social and ethical issues that are of relevance to family life. She has pioneered research on lesbian mother families, gay father families, single mothers by choice and families created by assisted reproductive technologies including in vitro fertilisation (IVF), donor insemination, egg donation and surrogacy. Her research has challenged commonly held assumptions about these families as well as widely held theories of child development. The desire to obtain high-quality empirical data in order to examine the consequences for children of growing up in different family environments has been a major driving force behind her research, i.e. to shed empirical light on areas where people hold strong opinions, often without full knowledge of the facts. In addition to “Modern Families: Parents and children in new family forms”, she is the author of “Parenting: What really counts?” and co-author of “Bottling it Up”, “Gender Development”, “Modern Psychometrics” and “Growing up in a Lesbian Family”, as well as academic papers.