IN COOPERATION WITH RHEIN-NECKAR-ZEITUNG 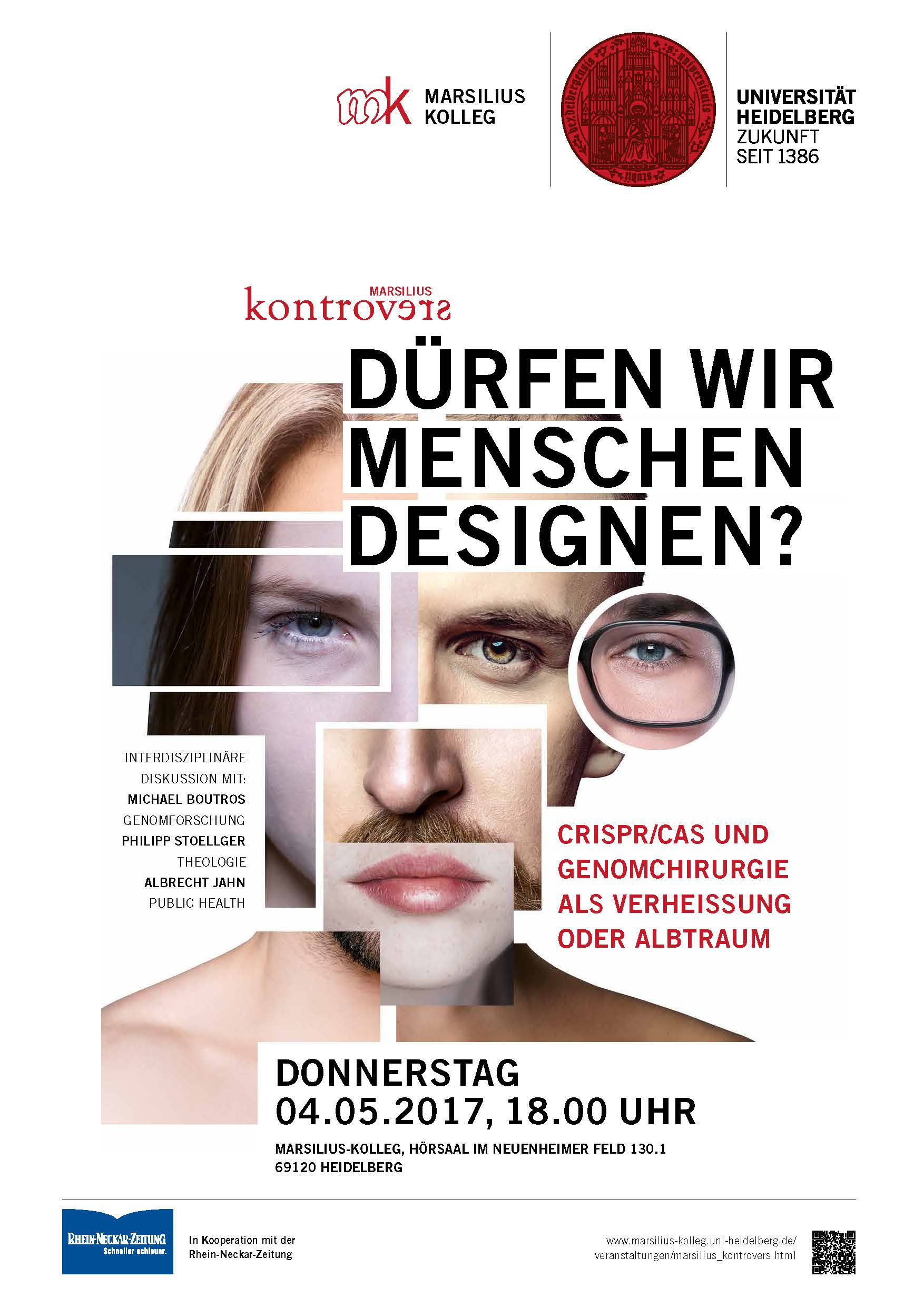 ​To the gallery: CRISPR​

Should designing people be allowed? ​​

Should designing people be allowed? CRISPR/Cas and genome surgery - promising or nightmarish?
​

Like hardly any other technology, CRISPR/Cas - in public debate often referred to as "genome surgery" - has revolutionized large parts of the life sciences. Since its discovery and development in 2011, biology has had an increasingly powerful tool in hand to rewrite genes as well as to "design" new genomes at the drawing board. The technology is widely used in basic research and is now applied in many areas, which of course raises broad ethical and social questions. Particularly controversial are the possible interventions in the human germline, which opens the door for a "designed man". Within the framework of the "Marsilius Controversial" series, this topic will be addressed will ask: Where should ethical and legal limits be drawn for the use of genome surgery? What promises and desires are realistic and legitimate? How many resources should be used to this purpose?